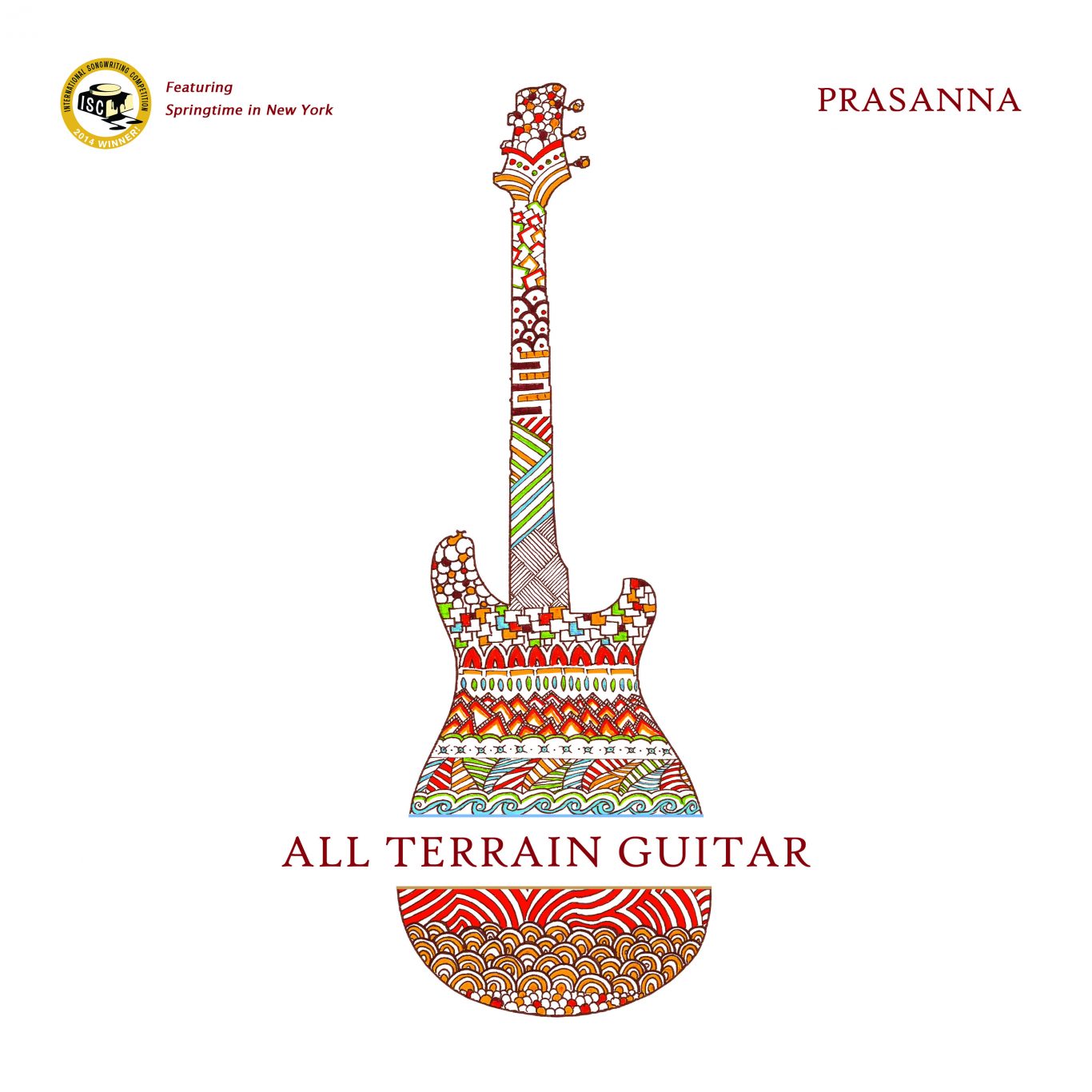 New York City, New York, June 14, 2016: “If you don’t know about Prasanna, prepare to be terrified,” says guitar icon Guthrie Govan of the visionary guitarist who “plays like nobody on the planet” (All About Jazz).  Known as a fearless innovator with a unique guitar sound rooted in the ancient Indian art of Carnatic music, Prasanna has garnered a legion of global followers enchanted by his musical ability to capture the 21st century’s pan cultural landscape. His new album All Terrain Guitar, releasing August 5 on Susila Music, features nine original songs that blend vocal and instrumental music into an album of expressive soundscapes that organically and, often imperceptibly, flow into one another.

When asked to describe his creations, Prasanna cites two legendary composers, Illayaraja and Frank Zappa, known for bringing together diverse musical influences to develop a style that is personal and beyond category. Embellishing each song is his guitar signature replete with traditional microtonal slides and inflections – called gamaka – that snake their way across rich aural landscapes with a warm, emotive quality that closely resembles the human voice.

Tracks range from the jazz-inspired gush of fresh air “Springtime in New York” (an International Songwriting Competition-winner), to the manic, in-your-face solo rock guitar “Lava,” to “Nap of the Earth,” a Carnatic raga statement underneath an urgent, repeated DJ-inspired drum beat. Then there’s the upbeat Latin-tinged “Final Approach” with its relentless energy and bounce; and “31,” with its ornate Indian melodies and foot-stomping rhythms creating a visceral and theatrical experience.

Contrast is a theme that runs throughout All Terrain Guitar. “Pinch Pennies in Monaco” juxtaposes Shalini’s unique and evocative Carnatic singing against some wild thrash-metal riffs, big drums and bass, and a scorching saxophone solo; and Natalie John’s melodic scatting lends a softness and cyclical rhythm to the throbbing, riff-based hard-rocker “Electron Dance.” On the R&B/Brazilian-inspired “Song for the Wind,” Shalini’s operatic vocals float alongside guitar and trumpet before careening towards a hard-edged saxophone and drums finish; and the airy album-closer “The Keyword is Love” brings the unlikely pairing of reggae and raga together to celebrate the simplest and most universal of themes: love.

With each composition, Prasanna’s diverse and distinctive styles wind their way into a cohesive mosaic. “I feel that All Terrain Guitar has the soul to touch people in a simple, direct, and powerful way,” he says. “Coming out with a new record is always exciting because it gives me a chance to welcome new listeners to my world and reconnect with my fans, who continue to inspire me. I am eager to make a bond as we ride the terrain together. For me, the keyword is love… and some sustained feedback on the overdrive pedal.”

Named among the Top 50 Creative Indians by Open Magazine in 2010, Prasanna is the quintessential Indian Renaissance man; a guitarist and composer whose prolific body of work is as diverse as it is integrated. Prasanna has earned worldwide praise not only for his expertise in performing the ancient and demanding art of Carnatic music on the electric guitar, but also for the special and instantly identifiable signature with which he blends Carnatic music with contemporary western and world music. He is an engineering graduate from Indian Institute of Technology, an internationally acclaimed guitarist in contemporary jazz, rock and blues, a magna cum laude graduate of Berklee College of Music, and an entrepreneurial visionary who served as President of a world-class music college in Chennai, India. Prasanna has scored for several acclaimed films, including the 2009 Academy Award-winning documentary “Smile Pinki.” He has performed with luminaries such as Illayaraja, A.R. Rahman, Jordan Rudess, Esperanza Spalding, Victor Wooten, Trilok Gurtu, and Hariprasad Chaurasia, and is a member of three groundbreaking trio bands, Raga Metal Conversations with Anton Fig and Alex Skolnick, Raga Bop Trio with Steve Smith and George Brooks, and Tirtha with Vijay Iyer and Nitin Mitta. In 2006, he was awarded the Lifetime Achievement Award for Carnatic music by H.H. Sri Jayendra Saraswathi, India’s most revered spiritual leader.