Prasanna is the quintessential Indian Renaissance man. A pioneer in performing Carnatic music on the guitar, an engineering graduate from Indian Institute of Technology, a composer for award winning films, an internationally acclaimed guitarist in contemporary Jazz, Rock and Blues, a Magna-Cum-Laude graduate of Berklee College of Music, and an entrepreneurial visionary who established a world class music college that blends the Indian Gurukula system of learning with contemporary western college education pedagogy.

Prasanna was voted among the ‘top 50 creative Indians’ by Open Magazine in 2010 alongside Sachin Tendulkar, Amir Khan, Viswanathan Anand, Arundati Roy and others. Prasanna (Smile Pinki) also belongs to a select group of Indian composers along with Pandit Ravi Shankar (Gandhi) and A.R. Rahman (Slumdog Millionaire) who have composed music for Oscar Winning films. 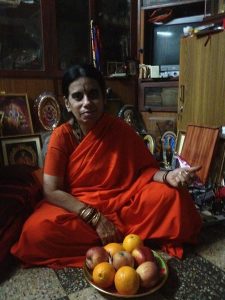 A fearless innovator in contemporary music and yet steeped in the authentic Carnatic tradition with 6 years of study with guru Vocalist Tiruvarur Balasubramaniam and 26 years of study with masterful violinist guru A. Kanyakumari, Prasanna has been the first point of exposure to the possibilities of Carnatic music for thousands of listeners and musicians from the around the world. He was awarded the ‘Life Time Achievement Award’ for Carnatic music by H.H. Sri Jayendra Saraswathi in 2006.

He is deeply devoted to spreading the gospel of Carnatic music on the guitar and is passionately educating young children from all over the world in this beautiful art form.

Prasanna’s prolific body of work include 16 albums as leader, a concert DVD and an Instructional DVD and numerous concerts at major festivals with some of the world’s most acclaimed artists across every genre of contemporary music. He has performed with Airto Moreira, A.R. Rahman, Jordan Rudess, Esperanza Spalding, Joe lovano, Illayaraja, Umayalpuram Sivaraman, Victor Wooten, Dweezil Zappa, Alex Acuna, Dave Douglas, Omar Hakim, Larry Coryell, T.K. Murthy, Anthony Jackson, Howard Levy, Trilok Gurtu and others. He is a member of three groundbreaking bands – ‘Raga Metal Conversations’ with Alex Skolnick and Anton Fig, ‘Ragabop trio’ with Steve Smith and George Brooks and ‘Tirtha’ with Vijay Iyer and Nitin Mitta. Prasanna’s composition ‘Falsehood’ is featured in the Book ‘Essentials of Jazz – the first 100 years’ by Henry Martin and Keith Waters alongside the works of some of the most influential composers in Jazz History. Prasanna was also a winner in the 2014 International Songwriting Contest in Jazz for his composition ‘Springtime in New York’.

His creative collaboration with A.R. Rahman includes guitar performances in the Score and Soundtrack of Dreamworks’ ‘A Hundred Foot Journey’, Disney’s ‘Million Dollar Arm’ alongside numerous Indian films like Puthiya Mugam, Jeans, Swades, Highway and others. Prasanna also is credited with arranging and conducting the string orchestra for the title score of the 2002 Oscar nominated Bollywood Film ‘Lagaan’ . Prasanna also collaborated with A.R. Rahman on his MTV Coke Studio project which is also released on CD and DVD worldwide by Sony Music.

Prasanna is a highly regarded educator and has given lectures, talks, workshops and residencies at MIT’s Sloan School of Management, Banff Center for the Arts, Berklee College of Music, Harvard University, Osnabruck Institute of Music etc. He has also taught such accomplished musicians as Dweezil Zappa, Dave Fiuczynski, Marc Rossi, Mauricio Zottarelli, Gustavo Assis Brasil and many others. Prasanna’s passion for music education led him to establish one of the largest colleges of music in South Asia – Swarnabhoomi Academy of Music (SAM) in 2009 with funding and infrastructure support from Marg Group of Companies. Prasanna served as President of the college for close to 5 years before moving on to pursue other avenues. He currently lives in New York City. Prasanna is affiliated with the American Society of Composers, Authors and Publishers (ASCAP) as a writer and publisher, the American Federation of Musicians (AFM) as a member and as a Voting member of the Recording Academy, which presents the Grammy Awards every year.
Newsletter Powered By : XYZScripts.com